Time to plan a new trip.

My last solo trip in Lapland was almost two years ago. It means I’m super excited about this coming trip. During the past two years I’ve been travelling quite a lot in Lapland. But this feeling of beeing alone in true wilderness is something I missed. At first I was supposed to spend some time alone, then Natasza would have joined me for more fun. But Natasza changed her mind and she will not be  joining me at all. Then a friend of mine was interested in joining me for the whole trip, but he changed his mind too. So I end up on my own. And I like it after all. Not that I don’t like to share. I would have loved to have Natasza with me but that’s how it goes.

Not far from This park runs  Kaitum river. A 150 km long river with some serious rapids along the stream  (up to class VI !!).

The plan is quite simple : a Stora Sjöfallet traverse and a Kaitum river descent which means about 230 km (about 130 miles) 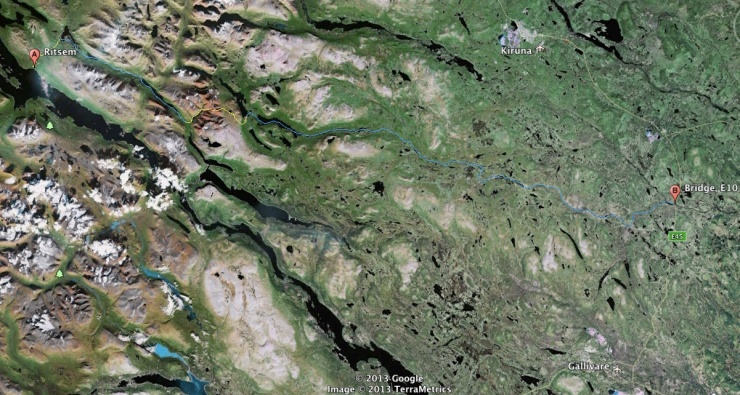 When planning such a trip, the first consideration is to find a starting point and an end to the trip. In most cases, it means two roads.

The easiest way to enter Stora Sjöfallets from the West is to start from Ritsem. Ritsem is well known because it’s also the North gate to Sarek.

The first section is going to be the easiest one. There’s a gravel road that will lead me to lake Autajaure.

The second section is both lake crossing and river paddling. I am a bit concerned about the water lever I will encounter in the Suorka valley, Summer heat happened weeks ago and I have no idea how it will be. There should be some waterfalls and shallow rapids. I need to be fast on this section, especially on the last part from km 22 to km 40 it’s super flat, so it’s slow to paddle. 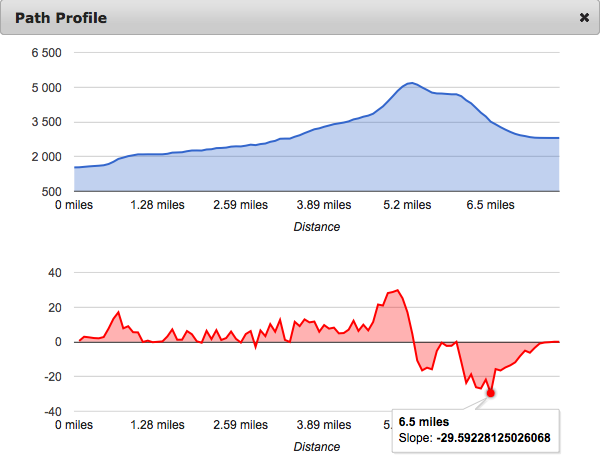 The high pass will be the most demanding section with the climb to Alhemcokka summit. The change in altitude is big with a 10% average slope and a 47% maximum slope during the descent – helmet required! 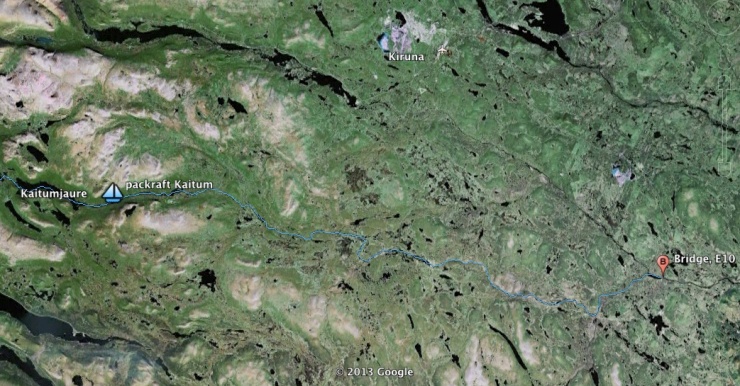 The last part is the longest and is challenging too. Kaitum river. There are some serious rapids to avoid so portage will be a must sometimes. Once on the river there is a constant drop, which means progression will be fast.

I’m planning to paddle the river until the E10 bridge. Another option is to end in Kaitum and catch a train. It will depend on my schedule.