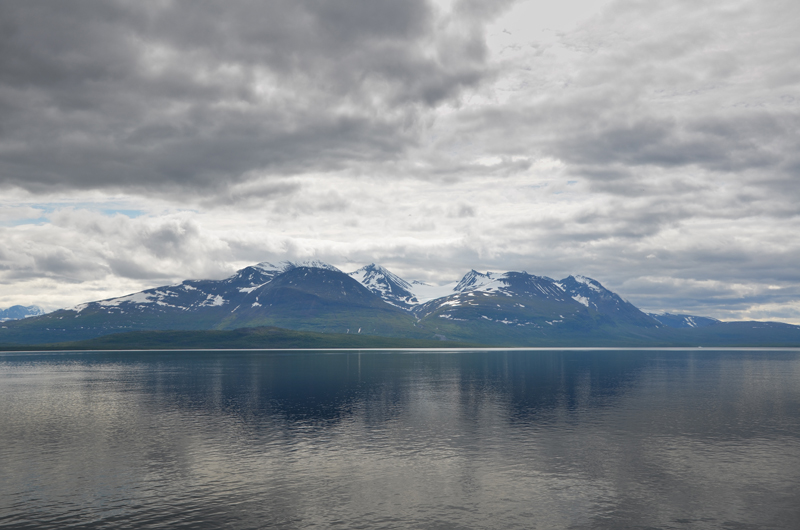 During Summer 2012 I travelled twice to Swedish Lapland. The first trip was a total failure, everything went wrong with my trekking mate who refused to walk the route we planned ahead and climb the mountains we were supposed to climb. The trip turned to a real nightmare. I choose a friend to come with me. He was totally unexperienced but seemed to have the will to do it and experience something new, plus, he had some skills in terms of climbing. It didn’t work out. As soon as we encountered the first stream to cross, my friend refused to walk on, to get his feet wet. No need to say that crossing snow fields and climbing mountains was soon at the center of all the discussions, he refused everything. And arguments began. We decided on the easiest route possible, and we completed the trip with at least 2 arguments a day.

The second trip I did was with Natasza, my girlfriend. Everything went as good as the first trip went bad, day and night.

Our first plan was to hike through Sarek from Ritsem to Kvikkjokk, a pretty common route. But plans are made to be changed. After a few kilometers, Natasza started to suffer from her back and hips because of the backpack she borrowed from me. The day after we had to face the situation: we were too slow to complete the planned route, we would have been running out of time to catch the train back home- we had non-refundable and non re-bookable tickets. Budget rules. So we sat down, looked at the maps and decided of an alternative. At this point we were at the gates of Sarek. We looked around us and… “hey, these huge mountains are beautiful!, let’s walk round them and go back to our starting point!” We had our new plan. The mountains were the Ahkka range. Beautiful mountains indeed, but what we didn’t know was how difficult this walk is.

July 2012 was particulary cold in Lapland, the previous winter was late and the temperatures still low with lots of rain and strong winds.

Walking along the East face of Ahkka was easy, we climbed up Rakkasoalgge to pass the col at 1200m. The view on Stora Sjofallets NP was amazing. We had then to climb down a steep and ice-covered slope, which was a little bit tricky with no crampons.

We walked then to the East corner of Akkha were it was difficult to find a place to pitch the tent. No flat spot and the ground was soaking wet. We eventualy found a decent place for the tent. Strong winds and pouring rain all night. I was nervous because the tent was close to breaking point, the walls were shaking hard and the main pole twisted in the wrong direction. When we woke up, we realized that the stream next to our tent had grown during the night. We were litterally sleeping in the stream. Everything was wet, and it was still raining.The longest day began then. The North face of Ahkka is stunning but difficult to walk. We bushwacked all day, climbing up and down the steep slopes of the many little “crevasses” full of dense vegetation. At 12 o’clock we saw our first bear scats. Massive ones. The bushes were so dense and high, it was impossible to see more than a couple of meters ahead through the branches. During this episode we smell something strong close to us, we thought it was a bear, but we never saw it. We walked a little bit faster.  The place was beautiful, really. But since we saw bear scats every 10 meters, I did not take the time to stop and take nice pictures. This was not my first time in bear country, but this time was different. There was no path at all, not even game path, nothing but massive shits, fresh for some of them. We started shouting, singing and talking. But I didn’t feel comfortable. It was really like walking into someone’s house. I felt like I did not belong to this place, this was the house of the bears, not mine. We walked all day like this, it was really tiring, both mentally and physically.

After twelve hours of demanding bushwacking, we eventualy reached Akkastugorna cabin. The host laughed when we told him where we came from. He told us “Sami people say that you usually recommend going round Ahkka to two kinds of people: ennemies and idiots”. I don’t know which category we belong to, but all the different places we went through were absolutely amazing and it was a great experience.

Sarek NP is amazing and really famous, but I just love Stora Sjofallets NP which is less visited, North and South of the lake Akkajaure. I am already planning a new hiking-packrafting trip in this very National Park next  summer. 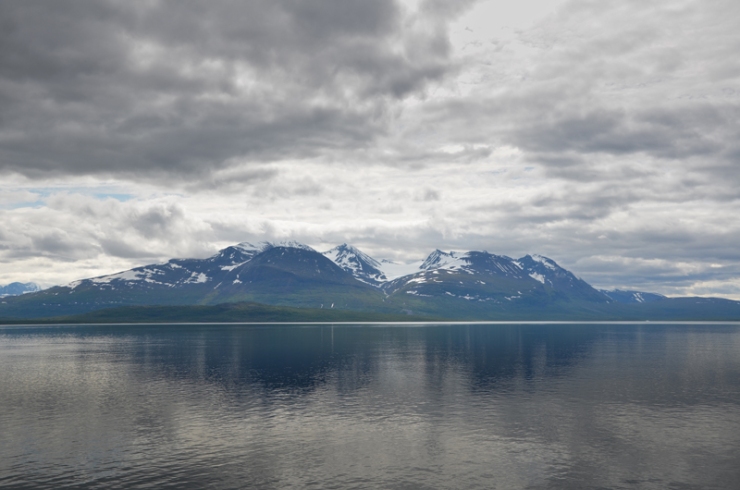 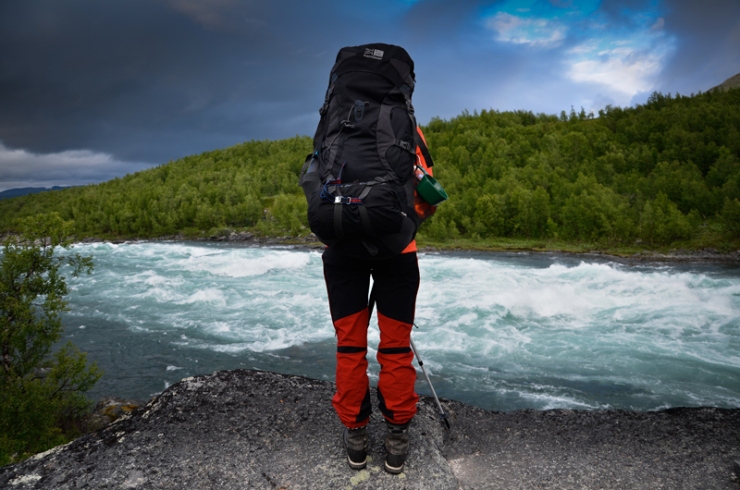 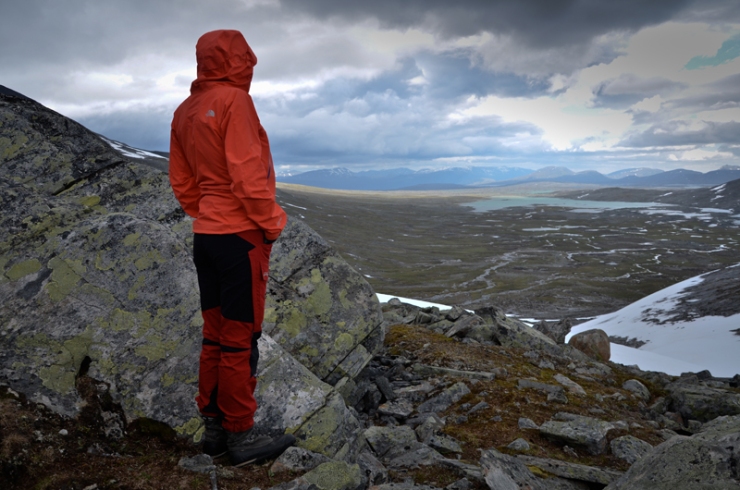 If any of you have informations about the bear population in the North side of Ahkka, let me know! I am curious about it.