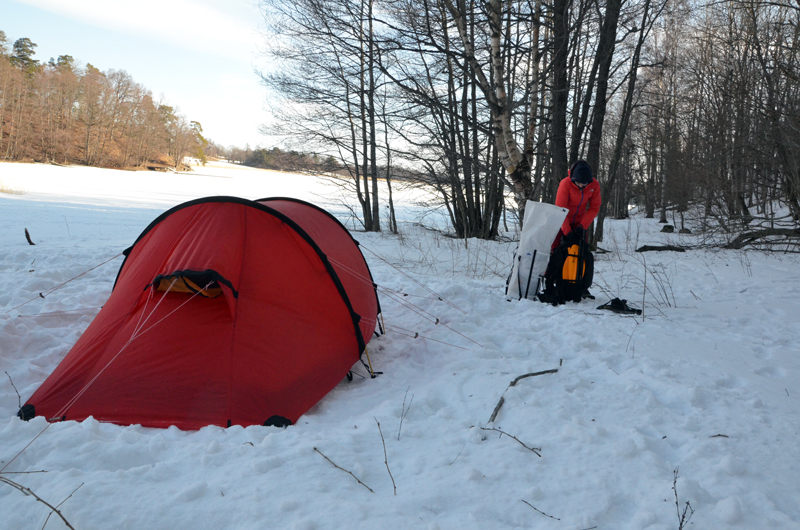 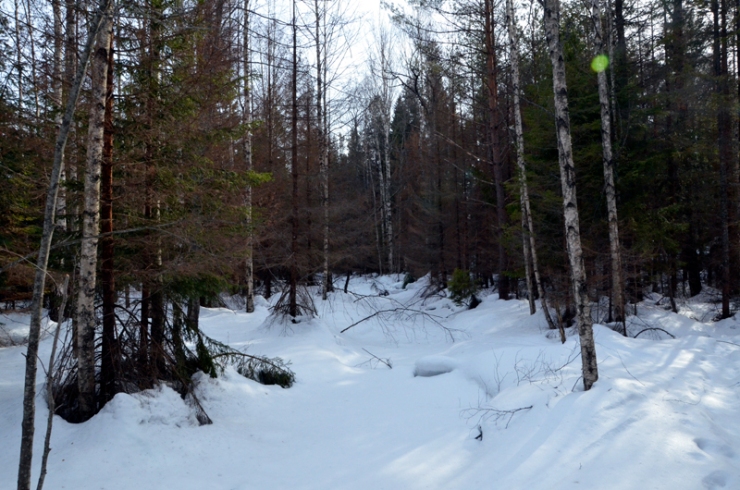 Last Friday, Natasza and I left the city behind for a short trip in Tyresta National Park, South of Stockholm. We wanted to celebrate my birthday in the wild. We love that place and we go camping pretty often in the park. Tyresta is a primal forest, its nature is amazing: plenty of lakes, dense forest and loads of trails that make it easier for hikers and even families. We usually love to camp by the lake Årsjön, there’s an authorized campsite with facilities. But this time we decided on another route: hiking from Tyresta By to Sandemar, on the very South of the park. The walk is usually pretty easy, you basically follow trails all the time; but because of this year’s late winter, snow made the progression slightly more difficult than usual. The path is sometimes equiped with board on muddy soil, but everything is still more than frozen by now and walking on those boards is sometimes a “tiny bit” hazardous. Anyways, we crossed some really nice landscapes. One big part of the park burned 10 years ago, snow, dead trees and hard sun made the walk through this part surreal. Everything was so quiet, nothing was moving, the only proofs that life still exists were the few game footprints we walked by. Lake Stensjön was still totally frozen of course. We headed South to Åva, a small village made of two farms, the houses are lovely. We thought it must be great to live in such a location, at the gates of a national park. Here we had to cross a road, actually the only road that goes through the park in its middle all the way to the coast. Soon we were back in the woods and took the trail to Åkaviken, where we pitched our tent for the night. The pow was a real pain in the ass to set the tent, we did not have proper stakes for the snow, and no shovel either. Luckily we had our packraft paddles (I’ll get to that later), so we used them as shovels. The night was cold, way too cold for the sleeping mat I used this time. The night wasn’t so relaxing for me. The next morning after packing all our stuff ,we climbed to the upper plateau that leaded us to Dalarö. We spotted some deers, that part of the trip was splendid and easy to walk, despite the 40cm snow.

In Sandemar we met a nice swedish couple that offered us to drive us back to Stockholm. 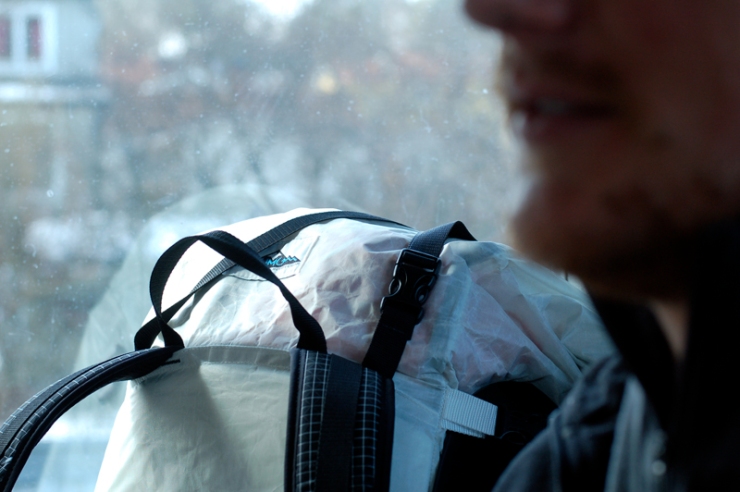 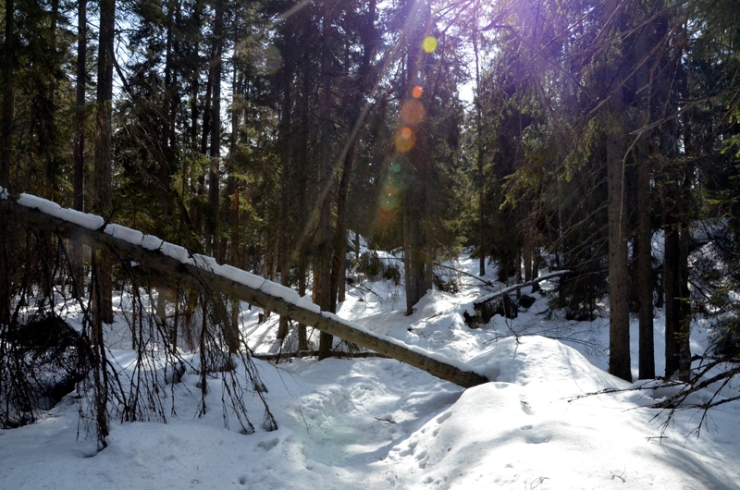 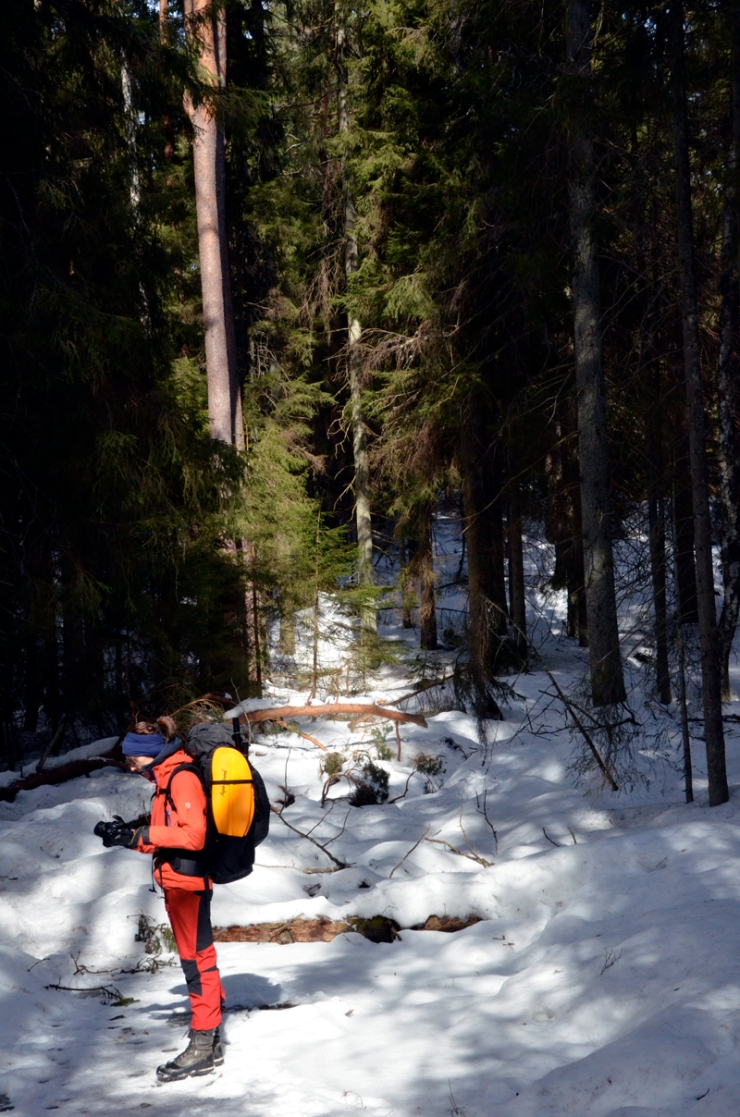 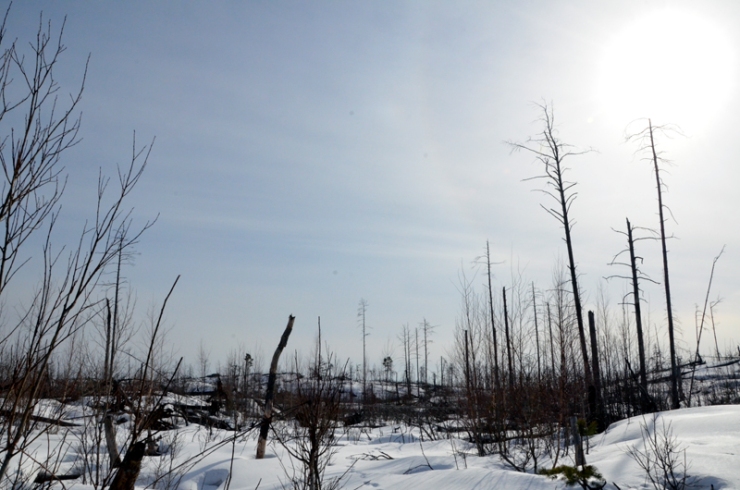 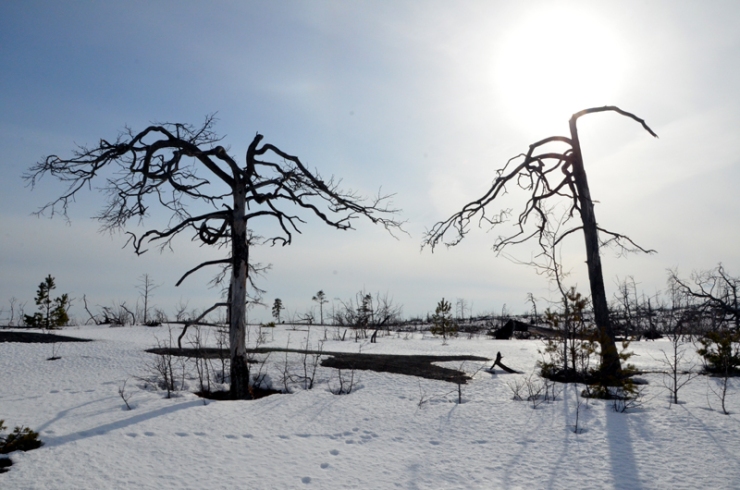 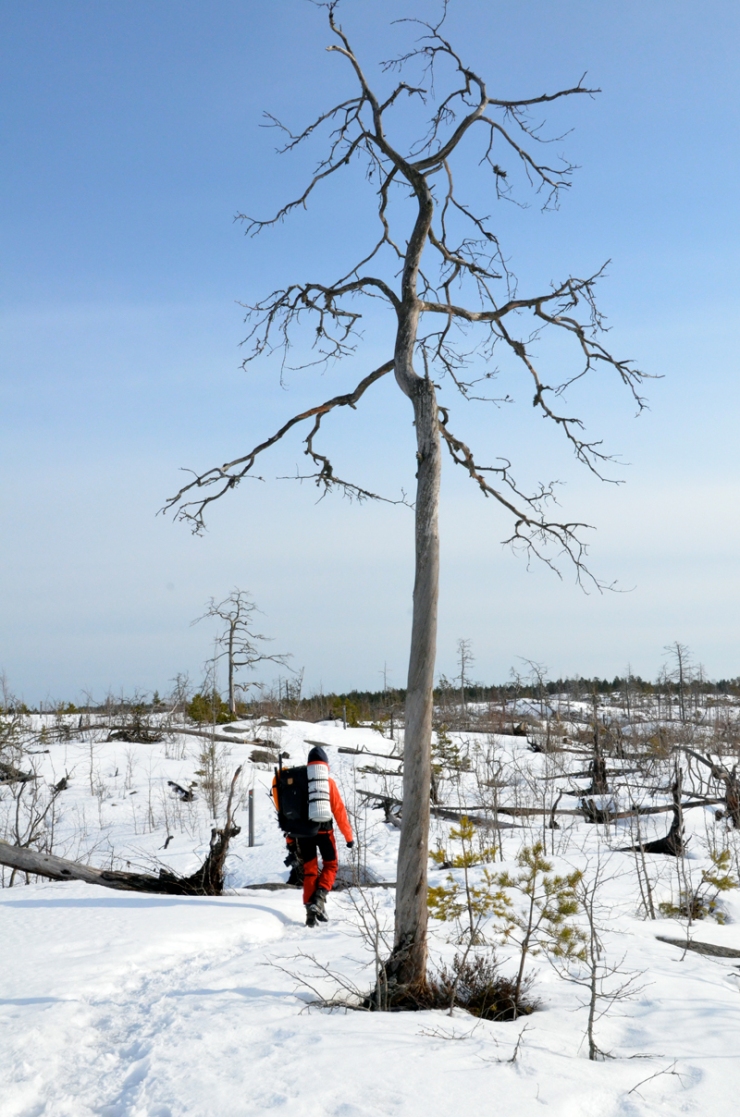 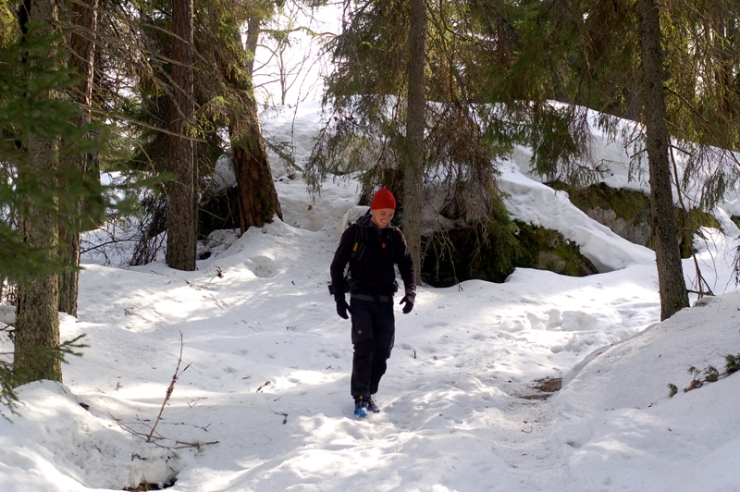 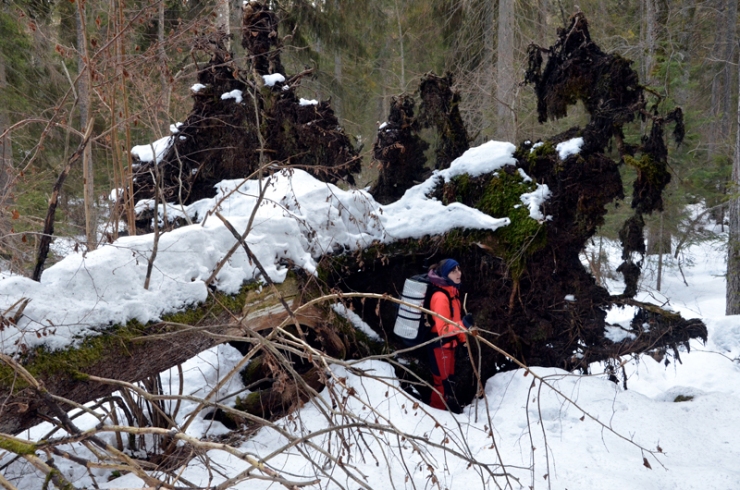 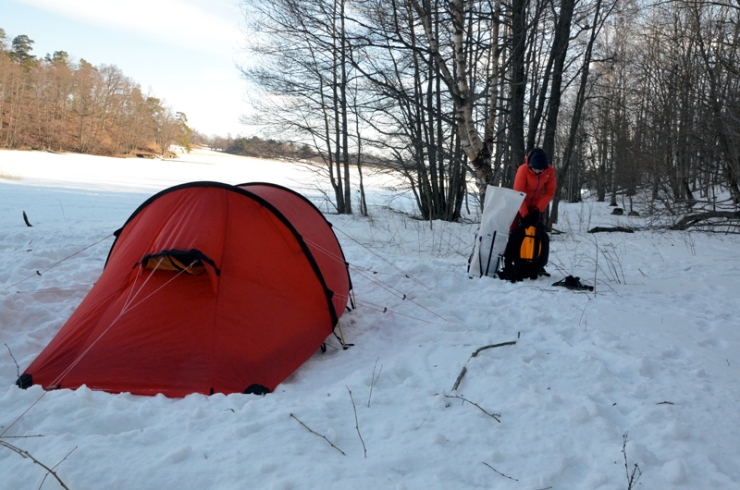 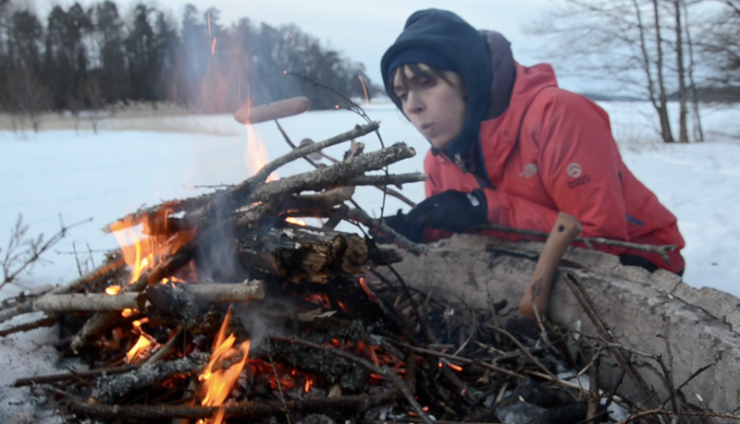 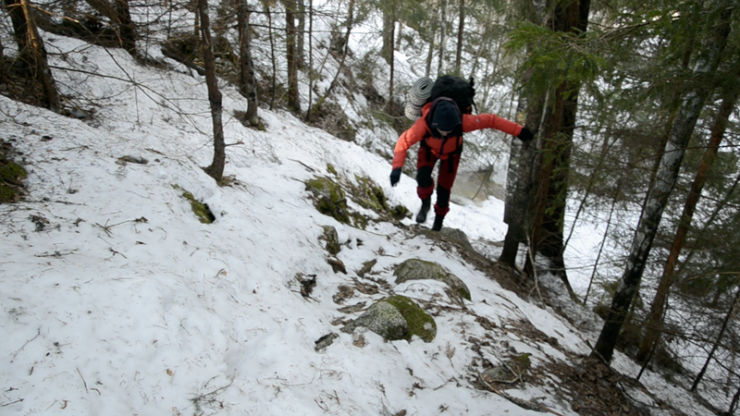 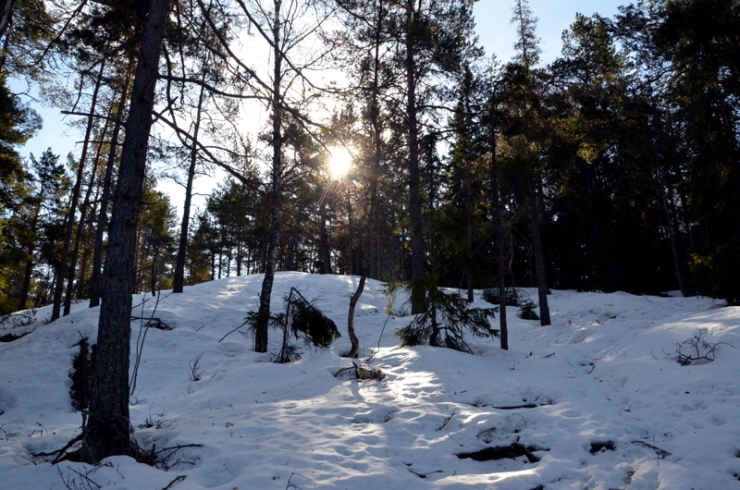 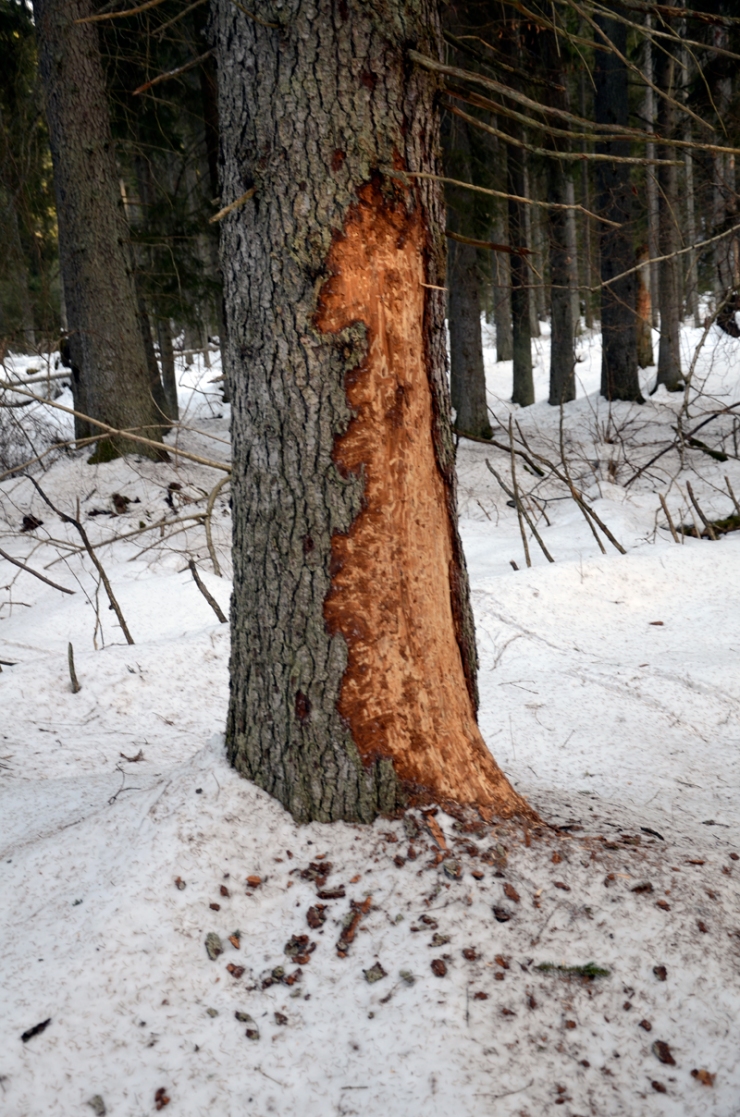 Anyone knows what animal did that?? 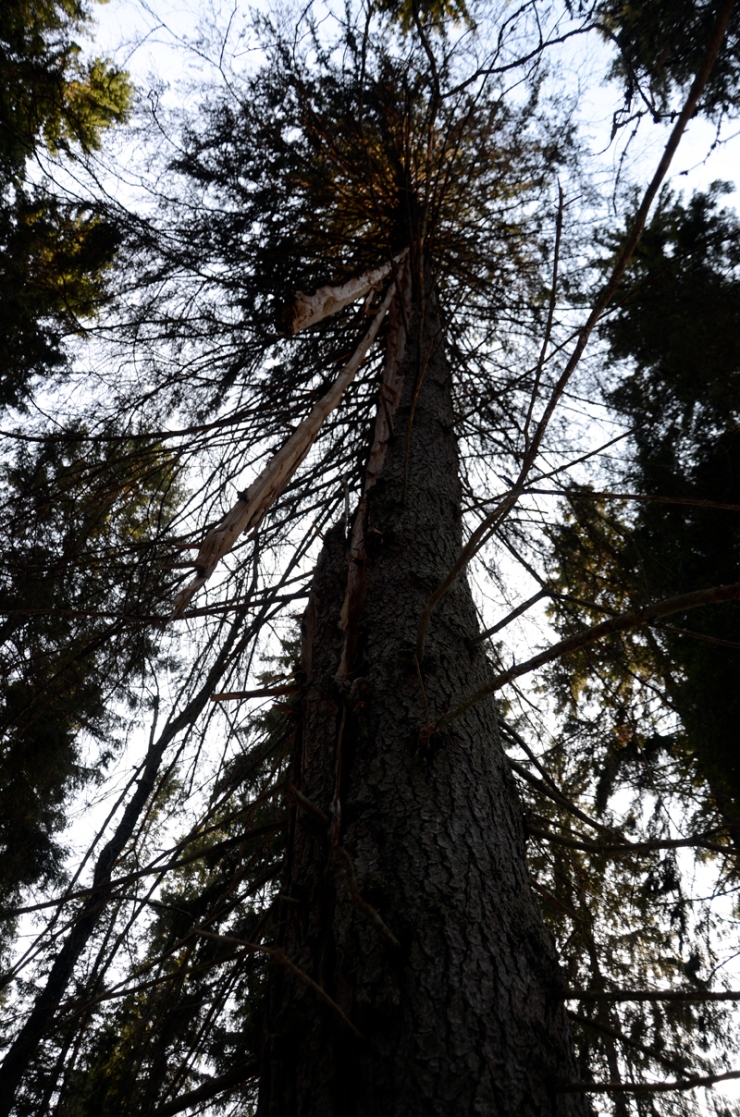 Same tree on the other side, so weird. 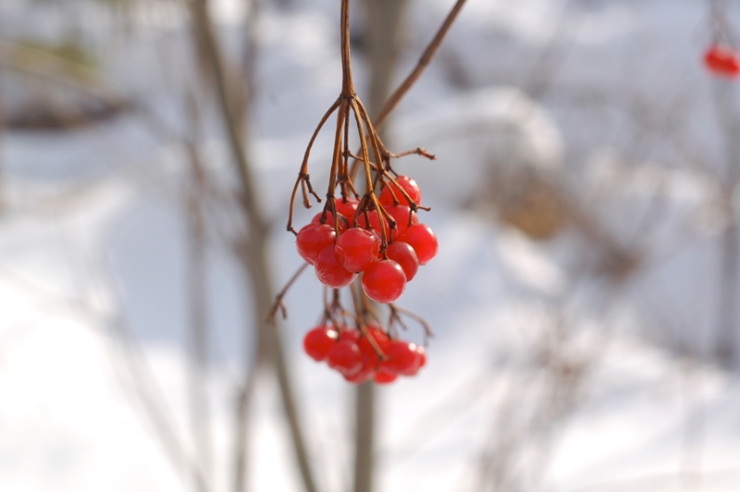 On the pictures you will probably notice our big backpacks. We actually wanted to test some new gear. We had both new backpacks: 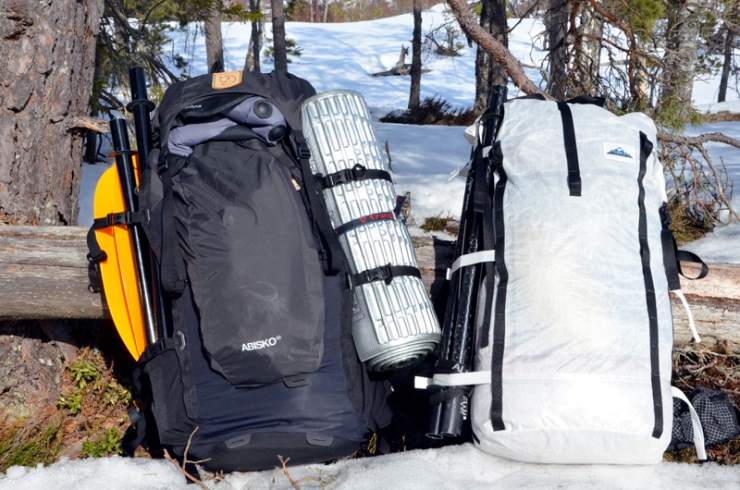 Natasza used a Fjällräven Abisko 65. She bought that rucksack for our longer trips in the North, but since she has problems with her hips when it comes to carry loads, she wanted to try it before using it on more tough conditions. The Backpack is really nice, full of nice features such as the super convenient front openning. It’s great to organize your gear in your backpack. The pack looks nice too. Unfortunately it still doesn’t fit Natazsa. The large belt hurts her hips. She had the same problem with all the backpacks she used, and we know how to adjust a backpack… She wasn’t carrying a  big load this time, so we eventually concluded that she’s not built to carry much anyway. We have to re-think all her gear to make it as light as possible. We won’t keep this backpack, it’s on blocket right now (good price for a brand new backpack!).

I was using a Hyperlite Mountain Gear 4400 Porter pack, and I am more than satisfied with it. The design is super basic but really efficient. I save about 3kg compared with the rucksack I was using before, a Karrimor Sabre 80. Okay, it’s maybe not as comfortable as the previous one, but it’s so light! The pack weights just 850 grams. Of course I have less room inside, but it’s great. I was carrying useless things all the time. From now I will focus on my really useful gear. I am really happy with it.

We are new packrafters, thus we wanted to see how it was to carry those boats in our new packs. And we were full of hope finding a non-frozen river on the way. We did not.