The first Swedish Packrafting Round-Up happened on the Voxnan river a couple of weeks back.

It was luckily and unseasonably hot.  The sun and blue sky dominate my memory of the trip.

After a night where we got outside of one too many IPAs and the temperature dropped below freezing, twenty men gather to inflate their rafts for two days of solid paddling.  The water is dark and clear, flowing with a helpful current over a rocky bed.  Some snow clings to the shaded bank.  Sometimes we scratch and scrape, but mostly the boats clear the shingle and stones.  Oftentimes we are paddling lake.  The going can be slow, but the Voxnan has enough little rapids to hold the boatsman’s interest.  It even has a grade 4 waterfall which four of us paddle for the sheer thrill of it.

At the end of our trip is the Vinstrommen rapid, a long but easy grade 3 on which an Alpacka Ghost is paddled safely, proving (though not beyond doubt) that even this featherlight craft can negotiate true whitewater.

We do the trip with cars pre-positioned at the take out.  I’m in a way glad of this even though it is not strictly speaking ‘packrafting’.  There would be ways to combine hiking with rafting here, but compared to other places you could go in Europe, probably you’d have to conclude that it would not make for the most rewarding trip and you’d have been better off paddling than walking. This part of Sweden has beautiful lakes and uniform forest cover, much of it showing signs of plantation origin.  This used to be a major forestry river, so I am told.  For two days the scenery did not change much.  The rocks on the ground, probably some kind of granite, are draped with a loose fitting gown of moss and grass, and traced with the wiry tendrils of new growth berry bushes.  The colours of rust and grey and yellow mixed in with the dark green of old pine and fir needles and the pale green freshness of new leaf on the birch.  The bark is silver, brown, beige.  On the river we echo this palette.  The boats are mostly green and the gear dark tones, white or camo.  But a few boats are red, blue and yellow.

Where packrafting is a new sport with an emerging subculture of its own, and the Scandinavian scene I got a glimpse of here seems to be a clear micro culture within that.  Using ultralight gear in Scandinavia is considered somewhat deviant, so these guys are really innovating.

That childless sky means overnight temperature drop fast.  At night we warm ourselves round the campfire, drinking whisky and beer and roasting cheap sausages on sticks propped over the flames.   Good times.

It feels miles from home, and at night the forest is almost eerily quiet (in fact during the day I don’t remember seeing much birdlife beyond a few geese).  We see no fishermen or other river travellers on our two days together.  We seem to be the only ones out here.  While this is not a wilderness trip, it does feel a bit wild.  But there are twenty of us, so it is hard to feel anything other than being part of a group – and this makes the whole thing great fun.

My thanks to the Deliverance Team for organising this round-up.  We spent the four hours in the car up from Stockholm warming to that theme, cracking cheap jokes about red-necks, and city-slickers like us, stumbling without a clue into a savage Swedish wilderness.  Duelling banjos was on the stereo.  We read more than could be reasonable into the the man-made objects seen by the road: an abandoned washing machine on a front drive, an abandoned spacecraft engine (?) by the roadside, a metal chicken three times the heigh of a man, an advert two-storeys high for drag racing at the local arena.

On the way back we are less flippant.  New friends have been made and this time my clearest roadside memory is of an old wooden church of fine craftsmanship.

Faces from the round-up

This event gathered people from different countries, with different backgrounds. Here’s a selection of four of them. 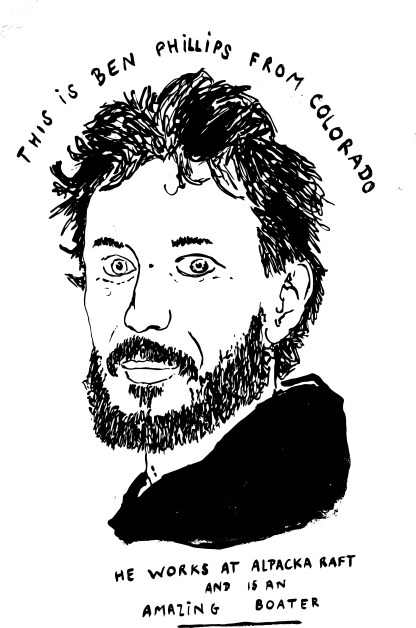 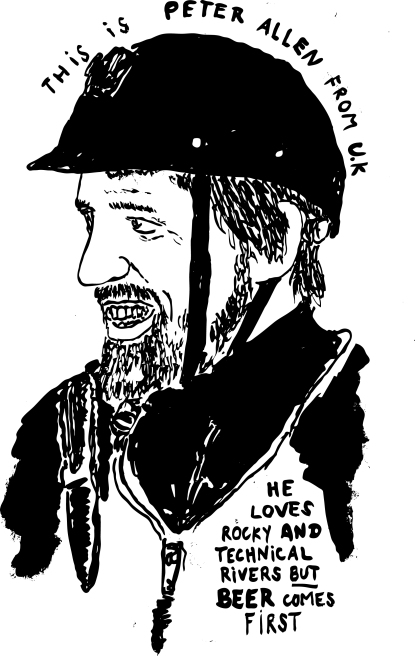 You can read more about this round-up on Hike Venture , Urban Packrafter and Deliverance Team homepages.